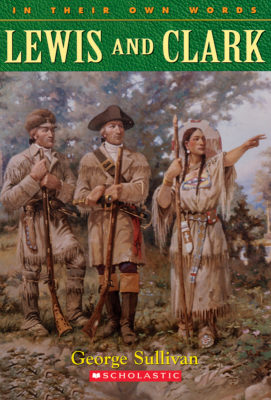 I Set out at 4oClock P.M. in the presence of many neighboring inhabitents [inhabitants], and proceeded on under a jentle brease up the Missouri.

William Clark's journal entry for May 14, 1804, marks the day that Lewis and Clark set out on their two-year journey from St. Louis, Missouri, to the Pacific Ocean and back again. During their voyage of discovery, Lewis and Clark accomplished many exciting things.

Did you know that the Lewis and Clark expedition

· had the first Fourth of July celebration west of the Mississippi?
· covered over 7,000 miles?
· discovered more than 100 animals new to science?
· was guided by a Native American woman named Sacagawea?

In Their Own Words: Lewis and Clark tells the exciting story of the lives of these explorers using the journals they kept on their journey west. Hear Lewis and Clark's story as if you were really there.