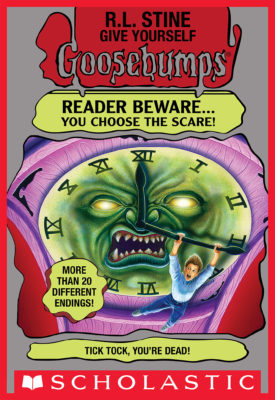 Give Yourself Goosebumps: Tick Tock, You're Dead!

B-O-R-I-N-G. That's how you'd describe your family vacation in New York City. Instead of visting all the cool spots, like Rockefeller Center and the Statue of Liberty, your parents drag you to a bunch of stupid museums.

Then, at the Museum of Natural History something really strange happens. You accidentally get involved in a strange experiment that sends you traveling through time! Will you duel with knights at a medieval castle? Come face-to-face with a man-eating dinosaurs? Or take a ride through outer space?