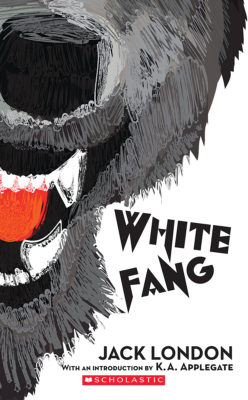 by Jack London, introduction by K. A. Applegate

White Fang was part dog, part wolf, and the lone survivor of his family. Struggling for his life in his lonely world, he soon learned to follow the harsh law of the North -- kill or be killed. But nothing prepared him for the challenges to come. After being turned into a vicious killer forced to fight for money, White Fang must find a way to return to humanity. Will White Fang ever know the kindness of a gentle master, or will he die a fierce and deadly killer?