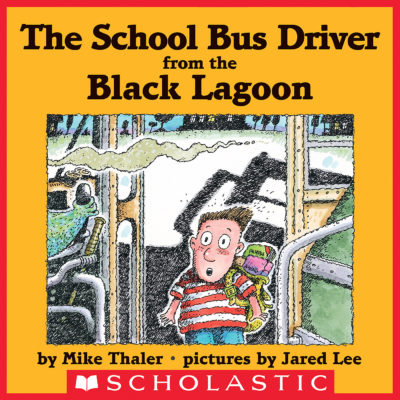 The School Bus Driver From the Black Lagoon

Our new school bus driver is named T. Rex Fenderbender. We hear he drives like he's in the Indy 500! Strap on your seatbelts, it's going to be a bumpy ride...to school.
Jared Lee