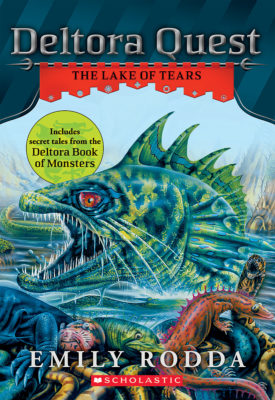 Deltora Quest #2: The Lake of Tears

Lief, Barda, and their unpredictable new companion Jasmine are on an urgent mission to find the seven stones from the magic Belt of Deltora. The golden topaz has already been found. But only when all the stones have been restored to the Belt can their land be freed from the dark power of the evil Shadow Lord.

To find the second stone, Lief, Barda, and Jasmine must travel through territory ruled by the monster-sorceress Thaegan and overcome their biggest challenge yet--the hideous guardian of the enchanted Lake of Tears!