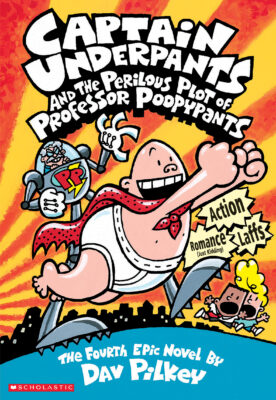 George and Harold are fourth-grade buddies with a penchant for practical jokes. When the boys' latest prank drives their science teacher over the edge, their clueless principal, Mr. Krupp, quickly hires a replacement: Professor Pippy P. Poopypants. Of course, George and Harold can't resist making fun of the Professor's silly name. But then the Professor retaliates by forcing everyone in town to change their own names to be equally silly, with colossal consequences!