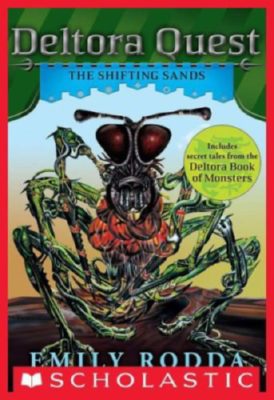 The international bestselling series returns for a new generation with a fresh look and bonus content from the legends of Deltora. When the seven gems of the magic Belt of Deltora were stolen, the evil Shadow Lord invaded the kingdom and enslaved its people. Determined to rid their land of the tyrant, Lief, Barda, and Jasmine are on a dangerous quest to find the lost gems, which are hidden in fearsome places throughout the kingdom.The time has come to seek the fourth gem, kept jealously by an unknown guardian in a barren wasteland. Separation, confusion, and strange, terrible enemies await the three heroes in the harsh landscape of the Shifting Sands.