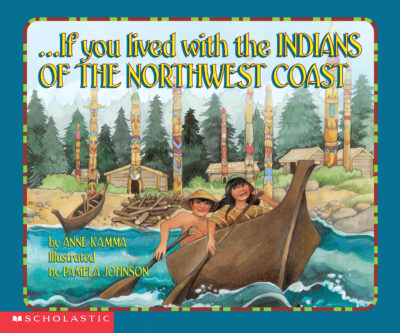 If You Lived With The Indians Of The Northwest Coast

The Indians who lived along the northern Pacific coast were different from any other Native Americans. Thery were fishermen, wood carvers, and builders of totem poles; they were a hierarchical society with noblemen, commoners, and slaves in which material wealth was greatly admired and sought after.

What was it like to be a child among Haida, Makah, Tlingit, or other coastal groups? What kind of house would you live in? What kind of clothes would you wear? What work would you do if you were a girl, or if you were a boy? Would you go on a Spirit Quest? These and dozens of other questions are answered in this informative and beautifully illustrated book.
Pamela Johnson