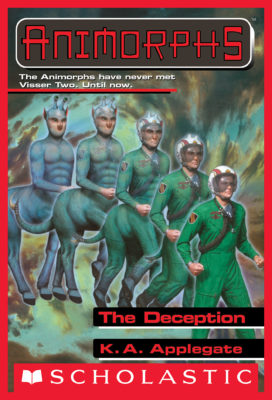 The Animorphs have managed to contact the Andalite home world, but the battle is far from over. Visser Two has arrived on Earth, and he's not happy about the state of things. He decides the best way to take over Earth is to have the humans destroy each other, exhausting their weapons in the process. He's going to start World War III.

Ax and his friends know that Visser Two means business. There are only two ways to keep him from destroying everything they know: Find a way to stop the war, or find a way to stop him forever...