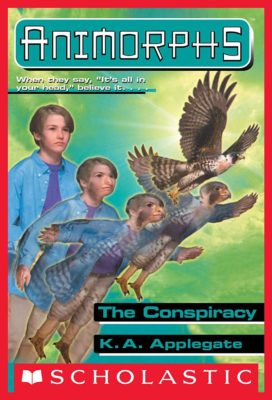 Jake's grandfather has died. It blows the family away, especially Jake's mom. His parents decide they should all travel to his grandfather's home to help with the arrangements. In another state. For three or four days.

This is a very big problem for Jake's brother, Tom. He can't be away from the Yeerk pool for that long. So Tom refuses to go -- but his father insists. Tom's Yeerk will do anything to survive. Including making his father less of a problem.

Now Jake, the other Animorphs, and Ax have to find a way to protect his father without Tom discovering their secret. And without having to choose between his father's life...and Tom's.