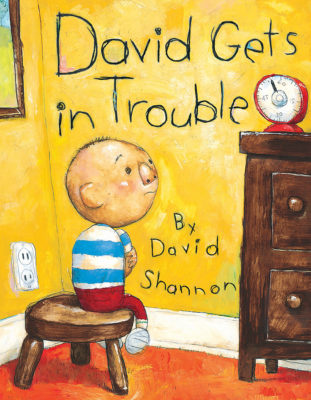 David Gets In Trouble

"When David gets in trouble, he always says . . . 'NO! It's not my fault! I didn't mean to! It was an accident!'" Whatever the situation, David's got a good excuse. And no matter what he's done "wrong," it's never really his fault.

Soon, though, David realizes that making excuses makes him feel bad, and saying he's sorry makes him feel better. Once again, David Shannon entertains us with young David's mischievous antics and a lighthearted story that's sure to leave kids (and parents) laughing.