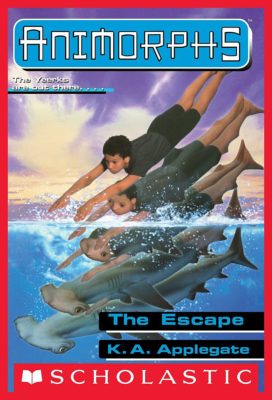 Almost nothing could be as bad as finding out your mother is Visser One, the most powerful leader of the Yeerk invasion of Earth. But it happened to Marco. And even though he's been handling it pretty well, he knew there'd come a time when he'd have to face her again, knowing that the Yeerk in her brain has taken his mother away.

So when Marco and the other Animorphs discover that Visser One is overseeing a secret underwater project, they know they have to check it out. But Marco's not sure if this is a battle he'll be able to fight.