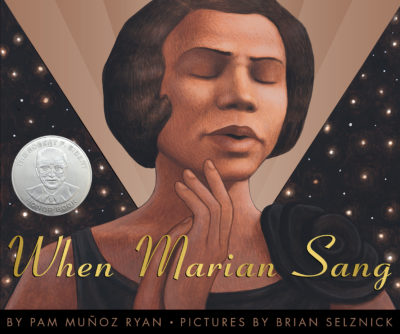 Marian Anderson is best known for her historic concert at the Lincoln Memorial in 1939, which drew an integrated crowd of 75,000 people in pre-Civil Rights America. While this momentous event showcased the uniqueness of her voice, the strength of her character, and the struggles of the times in which she lived, it is only part of her story. Like the operatic arias Marian would come to sing, Ryan's text is as moving as a libretto, and Selznick's pictures as exquisitely detailed and elaborately designed as a stage set. What emerges most profoundly from their shared vision is a role model of courage.