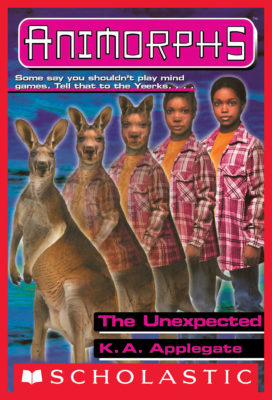 The Animorphs have been split up before. And they've had to fight battles without one another. But this time is very different. Not only is Cassie totally alone, she's managed to find herself in Australia. In the rural Outback. The other Animorphs don't even know she's there.

Cassie doesn't have any idea where she's going, or if she can even survive the rugged terrain. But she does know she has to get to a town or village and contact her family and friends. Because she just realized that there's someone else who is also new to the Outback. Visser Three.