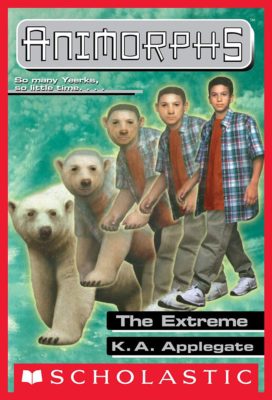 Marco and the other Animorphs have managed to find out where the Yeerks are planning to build their next ground-based Kandrona. That's a good thing. But the location is supposed to be somewhere near the North Pole. That's a bad thing. The Animorphs know that the Yeerks are a "cold-blooded" species, but this is a little nuts! Who wants to be near the North Pole without Arctic morphs -- and wearing spandex?

Even so, the kids know that if the Yeerks succeed with their plan, Earth is pretty much done for. And Marco and the other Animorphs aren't quite ready to give up the fight.