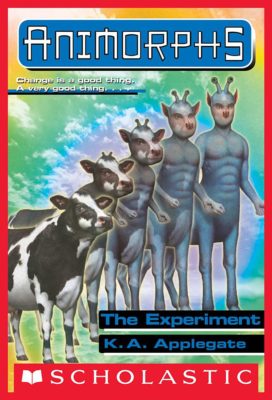 Now the Animorphs are not only faced with trying to slow down the Yeerks' invasion, but they also have to put an end to the genetic testing on a small group of humans. This time there's only one chance to stop the Yeerks. And if anything goes wrong, it's all over...