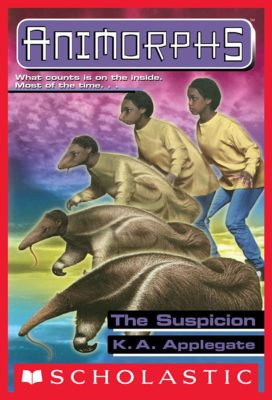 Cassie and the other Animorphs have a few little problems. A few very little problems. Actually, the problems call themselves Helmacrons. They're less than an inch tall, and they're pretty upset at Cassie. They believe she stole their ship. Cassie thought it was just a toy and gave it to charity. Now the Helmacrons want it back.

So the Animorphs have a new dilemma. Because the Helmacrons have their own secret weapon: They can shrink other beings down to their size. And if they don't get their ship back soon, everyone on the planet is in for a little surprise...