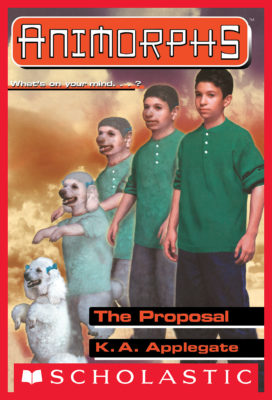 Marco already knows he has a few problems. There's the constant battle with the Yeerks, and finding out his mother was infested by Visser One, the leader of the Yeerk invasion of Earth. But things are about to get even weirder. Marco's father is thinking of getting married again.

Meanwhile, the Animorphs have other things to worry about. It seems the Yeerks are trying harder than ever to get people into The Sharing. Now the kids have to find a way to slow down recruitment. But Marco's personal stress is causing him to morph into creatures that don't exist. Creatures the Yeerks are sure to notice...and attack...