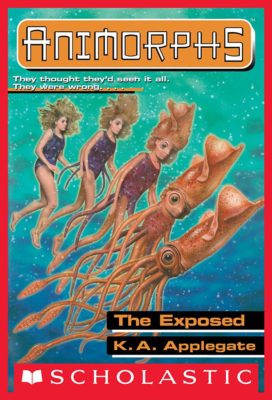 The Animorphs have one true ally in their battle against the Yeerks: the sentient androids known as the Chee. So when they discover that the Chee -- including their friend Erek -- are in trouble, they have no choice but to help.

But the Chee's problem is much deeper than anything the kids could have imagined. It's hidden in the ocean. So far down that no human has ever travelled there and survived. The Animorphs realize what will happen if Visser Three discovers the valuable secrets of the Chee. One of which is the existence of the Animorphs...