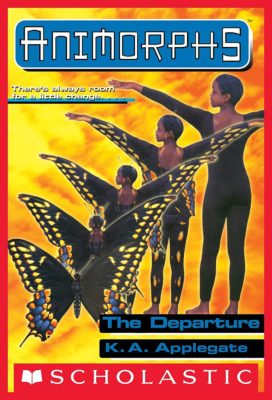 Cassie's had it. After the last mission, she realizes she's getting tired of missions. Tired of battles. Tired of being an Animorph. She decides that she just can't do it anymore. So she quits.

But the war for her planet isn't so easy to quit. It seems a human-Controller named Karen followed Cassie after the last run-in with the Yeerks, and she knows Cassie has the ability to morph. If she exposes Cassie, it's all over. No more Cassie. No more Animorphs. No more planet Earth.