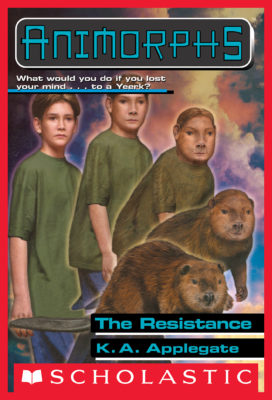 The Animorphs have to make the most important decision they've ever faced: Do they continue to fight the Yeerks in secret, or is it time to let everyone know there's a resistance? That the Animorphs exist and Earth does stand a small chance against the invasion.

Jake knows that either choice is a major one, not something that a kid should be responsible for. But he's getting tired of the pressure. Even though he realizes his friends need him to be strong, he doesn't feel that way. In fact, he feels just the opposite. And Jake knows if he starts to lose it, the Animorphs are done...