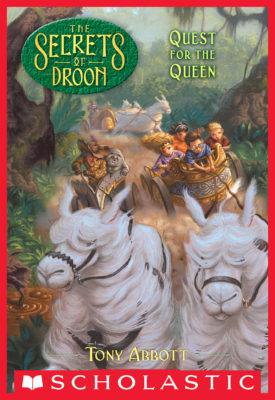 The Secrets of Droon #10: Quest for the Queen

Zoom! It seems like all of Droon is competing in the Quest! And Princess Keeah wants to win the prize, since it might break the magic spell on her mother. But some people aren't playing fair. Can Eric, Neal, and Julie stop the other racers from stealing a victory?