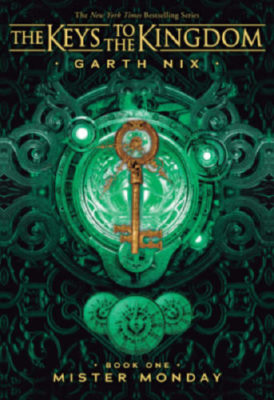 Mister Monday (Keys to the Kingdom #1)

Seven days. Seven keys. Seven virtues. Seven sins. One mysterious house is the doorway to a very mysterious world -- where one boy is about to venture and unlock a number of fantastical secrets.

This is another thrilling, triumphantly imaginative series from Garth Nix, the best-selling author of The Seventh Tower, Sabriel, Lirael, Frogkisser!, and the Troubletwisters series.