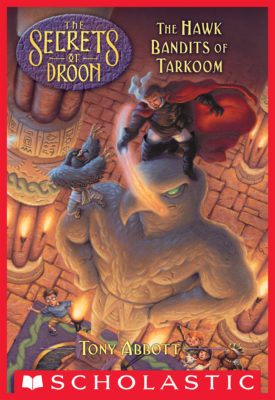 The Hawk Bandits of Tarkoom (The Secrets of Droon #11)

When Neal's dog Snorky slips into the magical closet, the kids have no choice but send him to Droon. It's a lucky thing they do, though, because a strange thing has just occured in the land of Oobja, an earthquake has uncovered the remains of an ancient Droon city called Tarkoom - and, what's more, the city has started to come back to life!