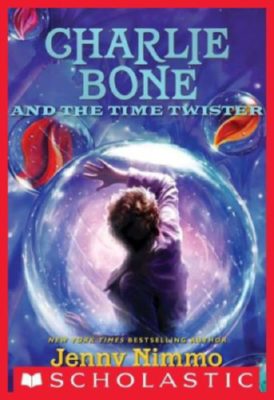 The second book in the Children of the Red King series, TIME TWISTER offers more magical fantasy that is fast paced and easy to read.January 1916:Henry Yewbeam and his younger brother, James, have been sent to stay with their cousins at the Bloor's Academy. It is one of the coldest days of the year, and all Henry wants to do is hide from his mean cousins and play marbles. He finds a nice, long hall and begins to roll his marbles. Then he discovers a marble that doesn't look familiar to him. Suddenly a series of strange events takes place. Henry begins to disappear. He quickly scribbles on the floor GIVE THE MARBLE TO JAMES, and then he vanishes from the year 1916.