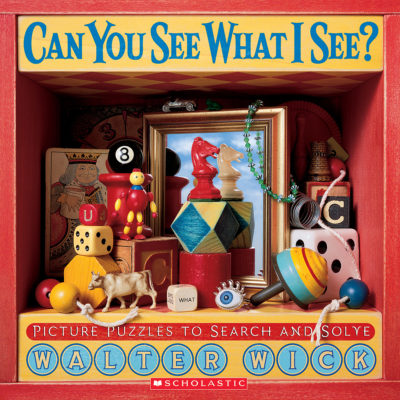 Can You See What I See? : Picture Puzzles to Search and Solve

Series: Can You See What I See?

With his signature style of photographic artwork, Walter Wick takes picture puzzles to a new level with CAN YOU SEE WHAT I SEE? Twelve tantalizing photographs are filled with fascinating objects, while rhyming text challenges readers with lists of items to seek and find. The text on each spread ends with a twist. Readers must go back and solve brain-teasing puzzles: follow an alphabet maze, identify parts needed to build a robot, discover objects in a mirror image that doesn't quite reflect what's really there! This book will provide hours of fun to puzzle-lovers of all ages!