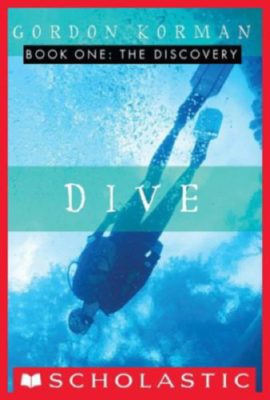 Sharks, shipwreck, and sunken treasure in the latest adventure trilogy from Gordon Korman.Four kids are on a marine expedition for the summer, diving to explore an underwater habitat that's just been altered by a seismic event. What they find, though, is much more than fish - it's sunken treasure. Can they salvage it without anyone else getting to it first? Will the prospect of wealth set them against one another? And what about those sharks . . . .DIVE is another action-packed trilogy from Gordon Korman. The narrative will shift between an account of two kids caught in the shipwreck and the story of the four kids fighting over and desperately trying to get the treasure.