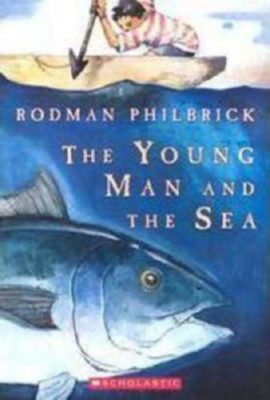 The Young Man And The Sea

Twelve-year-old Skiff Beaman's mom just died, and his fisherman dad is too depressed to drag himself off the couch and go to work. So these days Skiff has to take care of everything himself.

But when his dad's boat sinks, Skiff discovers it will cost thousands to buy a new engine. Skiff's lobster traps won't earn him enough, but there are bigger fish in the sea -- bluefin tuna. If he can catch one of those monster fish, Skiff just might save the boat -- and his family.