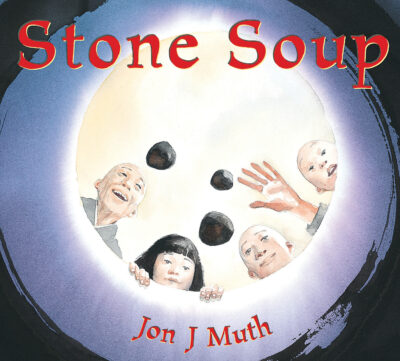 Three strangers, hungry and tired, pass through a war-torn village. Embittered and suspicious from the war, the people hide their food and close their windows tight. That is, until the clever strangers suggest making a soup from stones. Intrigued by the idea, everyone brings what they have until-- together, they have made a feast fit for a king!
In this inspiring story about the strength people possess when they work together, Muth takes a simple, beloved tale and adds his own fresh twist.