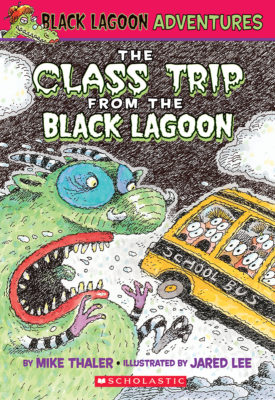 Oh, no! It's the class trip from the Black Lagoon. The kids have no idea where they're going but they imagine a day full of ferocious animals, maniacal monsters, and scary aerial acrobatics. And their teacher, mean Mrs. Green, is going to quiz them on everything! When the kids stop letting their imaginations run wild they soon realize that they're going to a very cool zoo. But that won't change the fact that there's never a dull moment in the Black Lagoon!
Jared Lee