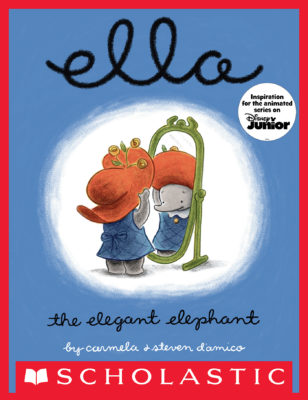 Ella's counting the days until the first day of school ... but not because she's eager to start! On the contrary, as the littlest elephant on Elephant Island, she's terribly nervous about the other kids she'll meet. Then she receives a beautiful red hat that belonged to her grandmother -- her new lucky charm. Big mean Belinda at school teases her for it, calling her "Ella the Elegant Elephant." But Ella's brave enough to hold on to her hat, and in the end, the hat (and her heart) save the day.

With warm, rich pictures and a charming main character, ELLA is sure to be a new favorite.
Carmela D'Amico