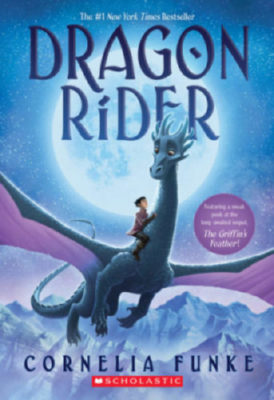 With a lonely boy named Ben on board, the brave young dragon Firedrake sets out on a magical journey to find the mythical place where silver dragons can live in peace forever. Flying over moonlit lands and sparkling seas, they encounter fantastic creatures, summon up surprising courage -- and cross the path of a ruthless villain with an ancient grudge who's determined to end their quest. Only a secret destiny can save the dragons in this enchanting adventure about the true meaning of home.

Cornelia Funke is the internationally acclaimed, bestselling author of The Thief Lord, Dragon Rider, and the Inkheart trilogy, along with many other chapter and picture books for younger readers. She lives in Los Angeles, California, in a house filled with books.