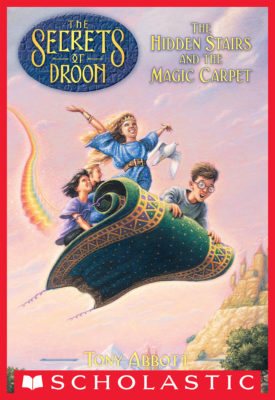 The Secrets of Droon #1: The Hidden Stairs and the Magic Carpet

Eric, Julie, and Neal have just found something magic in Eric's basement. They have discovered a staircase to another world! The world of Droon is amazing - full of magic, flying lizards, and fun, furry creatures. But how will Eric, Julie, and Neal find their way home? Maybe their new friend, Princess Keeah, can help?