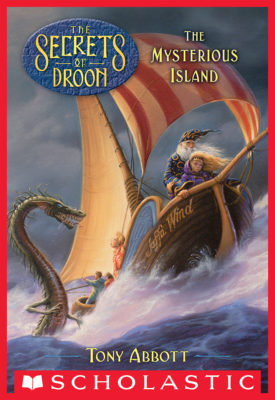 The Secrets of Droon #3: The Mysterious Island

Splursh! Ka-thoom! Eric, Julie, and Neal are sailing with Princess Keeah. Suddenly, they are caught in the middle of a magical ocean storm. They are shipwrecked on an island that belongs to one of Lord Sparr's witches. Now Eric, Julie, Neal, and Princess Keeah have to get off the island before Lord Sparr gets them!