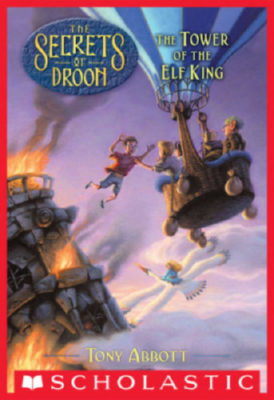 The Secrets of Droon #9: The Tower of the Elf King

Somebody has robbed the Lumpies' village! And it can't be Lord Sparr - because he has mysteriously disappeared. The rumor is that a terrible beast is behind the crime. So Eric, Julie and Neal set off with Khan and Princess Keeah to find the creature. Instead they find a big surprise!