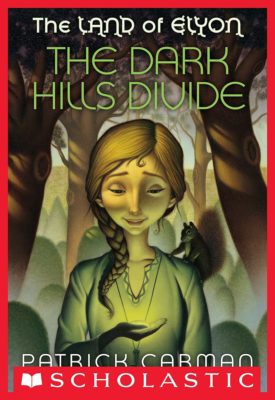 The Land of Elyon #1: The Dark Hills Divide

Series: The Land of Elyon

An extraordinary debut weaving magic and heroism into a classic tale of good and evil, featuring a heroine you'll never forget.Inquisitive twelve-year-old Alexa Daley is spending another summer in the walled town of Bridewell. This year, she is set on solving the mystery of what lies beyond the walls. Legend says the walls were built to keep out an unnamed evil that lurks in the forests and The Dark Hills. But what exactly is it that the townspeople are so afraid of? As Alexa begins to unravel the truth, pushing beyond the protective barrier she's lived behind all her life, she discovers a strange and ancient enchantment -- and exposes a danger that could destroy everything she holds dear.

Patrick Carman is the bestselling author of numerous series for young readers, including The Land of Elyon, Elliot's Park, Skeleton Creek, Atherton, Trackers, Dark Eden, and 3:15. He got his start as a storyteller weaving bedtime tales for his two daughters. He lives in Walla Walla, Washington, with his family.