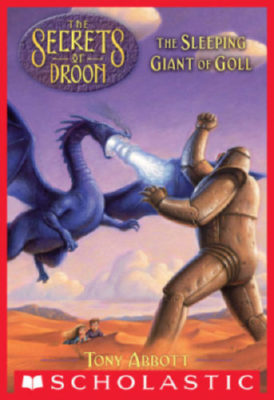 The Secrets of Droon #6: The Sleeping Giant of Goll

Lord Sparr has found a new weapon to use against the city of Droon. He's woken up a mean old giant that will now obey his every command! It's a good thing Eric, Julie, and Neal are around to help their friends try to stop Lord Sparr. It's a giant job, but somebody's got to do it!