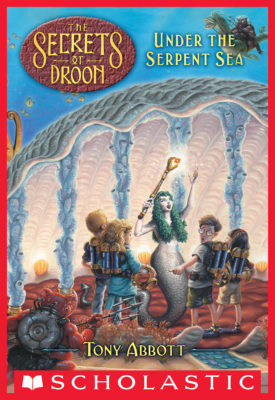 Under the Serpent Sea (The Secrets of Droon #12)

The sea witch Demither is stirring up a storm in Droon. Keeah has to stop her! This mission could make or break Keeah's wizard training. And Eric, Neal and Julie think they can help their friend. But many surprises await them in Demither's underwater world-and many secrets will be revealed.