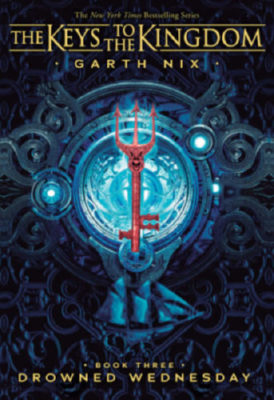 Drowned Wednesday (Keys to the Kingdom #3)

Everyone is after Arthur Penhaligon. Strange pirates. Shadowy creatures. And Drowned Wednesday, whose gluttony threatens both her world and Arthur's.

With his unlimited imagination and thrilling storytelling, Garth Nix has created a character and a world that become even more compelling with each book. As Arthur gets closer to the heart of his quest, the suspense and mystery grow more and more intense. . . .