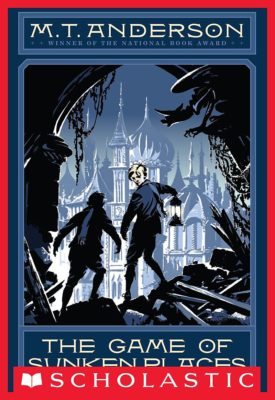 The Norumbegan Quartet #1: The Game of Sunken Places

From bestselling and National Book Award-winning author M. T. Anderson comes the paperback reissue of a middle-grade adventure starring two of the most disarmingly deadpan boys you'll ever meet.When Brian and Gregory receive an invitation to stay at a distant relative's strange manse . . . well, they should know better than to go, but since this is a middle-grade adventure novel, they go anyway. Why not? Once there, they stumble upon The Game of Sunken Places, a board game that mirrors a greater game for which they have suddenly became players. Soon the boys are dealing with attitudinal trolls, warring kingdoms, and some very starchy britches. Luckily, they have wit, deadpan observation, and a keen sense of adventure on their side.