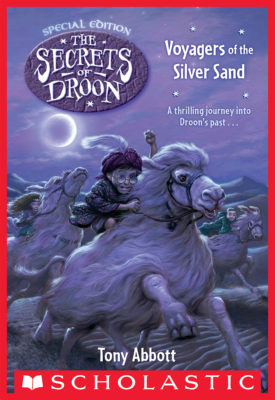 Voyagers of the Silver Sand (The Secrets of Droon: Special Edition #3)

Trapped! The Rainbow Stairs have disappeared, and Eric, Neal, and Julie are stranded in Droon with no way home. Even worse, Young Sparr and Gethwing have escaped to the Upper World! Eric and his friends have just 24 hours to restore the stairs -- but how?

The answers are at the end of a long, enchanted caravan that leads the kids all through Droon's past and present. On the way, they learn that only the magical Five Wizards of Eshku can bring the Rainbow Stairs back. But can the kids find all five wizards in time? Or will they be trapped in Droon forever?