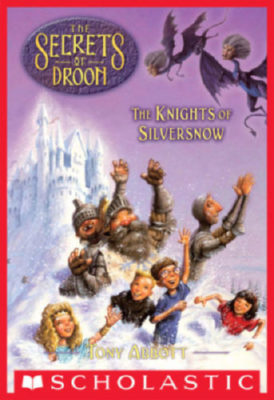 The Knights of Silversnow (The Secrets of Droon #16)

Cats don't bark. They meow. Or at least they did before Eric used Droonian magic in the Upper World. When he cast a spell with the wand of Urik, everything got messed up - now weird stuff, like barking cats, are all over!

Eric and his friends hurry down the magic staircase only to find more trouble. Earthquakes have rocked Droon; and Galen's under a nasty spell. Time for some back-up! The brave Knights of Silversnow could help, but they're in a deep sleep in the Ice Hills. The knights have the power to make things right again, but only if the wand of Urik has the power to wake them up.