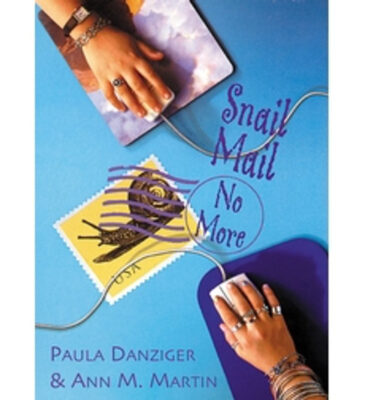 Elizabeth and Tara*Starr are best friends living in totally different parts of the country. They used to write letters to each other, but now they're both addicted to e-mail. Now they can share their problems instantly . . . and lately they've needed to do that a lot. Responsible, shy Elizabeth is getting used to her parents' separation and the way her family is spinning out of control. Loud, melodramatic Tara*Starr is dealing with some serious sister issues, as well as the growing differences between her and Elizabeth.Will the distance tear their friendship apart forever?

Award-winning and beloved author, Paula Danziger died on the afternoon of July 8, 2004 at St. Luke's Hospital in New York City after complications from a heart attack at age 59. Danziger is best known as the author of The Amber Brown series and the modern classic, The Cat Ate My Gymsuit. Set to celebrate its 30th anniversary this fall, The Cat Ate My Gymsuit quickly established Danziger as one of America's most popular authors for young adults.