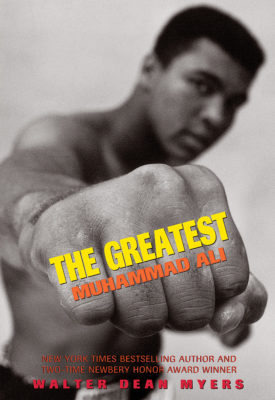 Muhammad Ali may be known by more than one name, but his accomplishments, both inside and out of the boxing ring, have earned him a singular place in history as one of the most inspiring figures of the twentieth century.

In his riveting portrayal of Ali's spirit and courage, award-winning author Walter Dean Myers also exposes the hazards of boxing -- the sport Ali loved, but which ultimately damaged him and many other greats beyond repair. Through the story of Ali's childhood, his rise as a champion, his politics, and his battle against Parkinson's disease, readers will come to know the man behind the brash public persona -- the man whose talent and legacy will stir and inspire a new generation of fans.