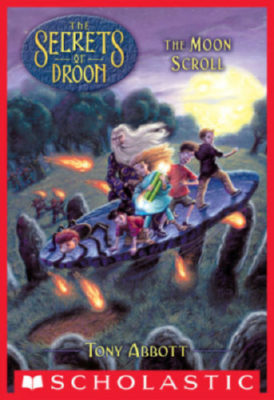 The Moon Scroll (The Secrets of Droon #15)

Galen's in trouble! He's disappeared into the evil land of Goll, and it's up to Eric, Julie, Neal, and Keeah to help him. The Wand of Urik is the powerful tool Galen needs. But the Wand's been missing for years. The only way to find it is by studying the powerful words of The Moon Scroll, an ancient chronicle of Droon history. Everyone knows that the Scroll holds mysterious secrets. And following its clues to the Wand of the Urik is sure to be cool. But no one has any idea just how exciting the journey will be - until the Moon Scroll leads them back through time!