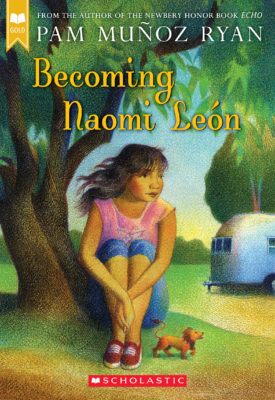 Naomi Soledad León Outlaw has had a lot to contend with in her young life, her name for one. Then there are her clothes (sewn in polyester by Gram), her difficulty speaking up, and her status at school as "nobody special." But according to Gram's self-prophecies, most problems can be overcome with positive thinking. Luckily, Naomi also has her carving to strengthen her spirit. And life with Gram and her little brother, Owen, is happy and peaceful. That is, until their mother reappears for the first time in seven years, stirring up all sorts of questions and challenging Naomi to discover who she really is.