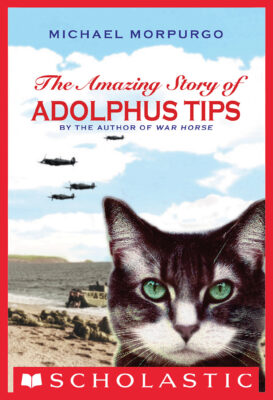 The Amazing Story of Adolphus Tips

A stunning novel about friendship, war, and one girl's bravery which changes her life forever.It's 1943, and twelve-year-old Lily Tregenza lives on a farm in an idyllic seaside village in England. Apart from her father being away and the "townie" evacuees at school, her life is scarcely touched by the war . . . until Lily and her family, along with 3,000 other villagers, are ordered to evacuate their homes to allow the Allied forces to practice their landings for D-day. It's a dangerous operation--guns firing and bombs exploding--and the whole area is off-limits. But Adolphus Tips, Lily's adored cat, has other ideas--barbed wire and "Keep out!" signs mean nothing to her. Tips (cont'd)