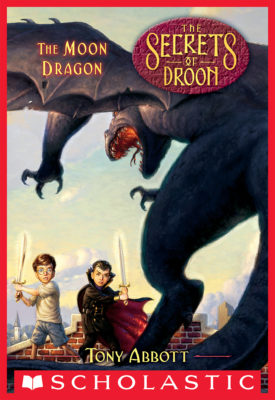 The Moon Dragon (The Secrets of Droon #26)

There's no place like home! Eric and his friends have finally restored the Rainbow Stairs, but that was the easy part. Now Gethwing is loose in the Upper World, and the Moon Dragon is causing big trouble. Eric, Julie, and Neal have to protect their town, but they're up against mysterious creatures, strangely-behaving parents, and powerful magic.
Can the kids stop Gethwing before he destroys the Upper World -- for good?