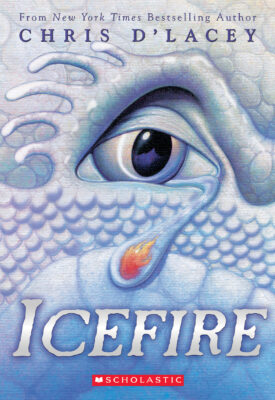 The second in a series from bestselling author Chris d'Lacey. Full of adventure and suspense, this novel about dragons reveals the truth of the icefire.

When David is assigned an essay on the history of dragons, there is only one thing he knows for sure -- he wants to win the prize of a research trip to the Arctic.

As David begins to dig deeper into the past, he finds himself drawn down a path from which there is no going back . . . to the very heart of the legend of dragons, and the mysterious, ancient secret of the icefire. . . .