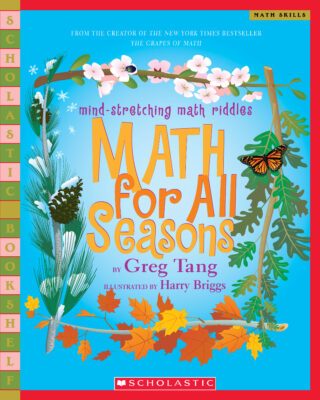 Your challenge is to find the sum
Without counting one by one
Why not count? It's much too slow --
Adding is the way to go!
Make clever groups before you start --
Then add them in a way that's smart!
MATH FOR ALL SEASONS will challenge every kid -- and every parent -- to open their minds and solve problems in new and unexpected ways. By looking for patterns, symmetries, and familiar number combinations within eye-catching pictures, math will become easier, quicker, and more fun than anyone could have imagined!
Harry Briggs